Should the Pastor Be Involved In The Finances of the Church 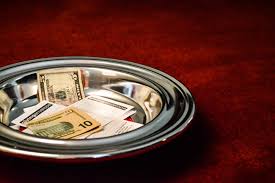 The subject of church finances and the pastor’s involvement has long been a topic of discussion and controversy. Opinions and practices vary as to whether the spiritual leader of the congregation should be allowed unrestricted oversight, be completely uninvolved, or work with a board/advisory committee in the monetary business of the church. In rare cases there are those who have in place a “finance committee” that is independent of the pastor and/or the board. Who is responsible for the oversight and management of the church’s finances? Should the pastor, being the spiritual leader, have input into the financial matters of the church? Should not those to which we assign responsibility for spiritual and eternal matters also help in the management of the “unrighteous mammon?” While it is not recommended that the pastor or the spouse be the one(s) who count the offering, make the deposits, write the checks and balance the books, such is the case in many small congregations where no one in the church is willing or qualified to adequately carry out the assignment, nor does the church have the necessary funds to pay an accountant or a financial manager outside the congregation.

The subject of financial stewardship is addressed in Scripture through numerous proverbs, principals and stories, giving insight to the attitude, acquiring, accumulating, and the administrating of funds, yet ironically money matters are often the most problematic of churches. While good business principals must be exercised, the foundation of operation for the assembly must be that of faith, based on the truth of God’s Word. This necessitates that the overseer(s) of the church funds be both spiritually sound and financially savvy. According to Baker Encyclopedia of the Bible, “an overseer speaks of one or many to represent the highest person of authority and to exercise authority over whatever was designated. Included in this authoritative oversight was the idea of watching, directing, and protecting the master’s interests. The NT carries these ideas also in regard to men appointed to serve the church on behalf of Jesus Christ (Acts 20:28; Phil 1:1; 1 Tm 3:1, 2; Ti 1:7).”

Nehemiah 10:35-39 gives the record of God’s people pledging their support for the Temple while acknowledging their gifts would have the oversight of the priests and Levites. The Message says, “We take responsibility for delivering annually to The Temple of God the firstfruits of our crops and our orchards, our firstborn sons and cattle, and the firstborn from our herds and flocks for the priests who serve in The Temple of our God—just as it is set down in The Revelation. We will bring the best of our grain, of our contributions, of the fruit of every tree, of wine, and of oil to the priests in the storerooms of The Temple of our God. We will bring the tithes from our fields to the Levites, since the Levites are appointed to collect the tithes in the towns where we work. We’ll see to it that a priest descended from Aaron will supervise the Levites as they collect the tithes and make sure that they take a tenth of the tithes to the treasury in The Temple of our God. We’ll see to it that the People of Israel and Levites bring the grain, wine, and oil to the storage rooms where the vessels of the Sanctuary are kept and where the priests who serve, the security guards, and the choir meet. We will not neglect The Temple of our God.” Further evidence of the spiritual leadership overseeing the treasury of the Lord’s House is seen in Nehemiah 13:12-13. The New Living Translation says, “And once more all the people of Judah began bringing their tithes of grain, new wine, and olive oil to the Temple storerooms. I assigned supervisors for the storerooms: Shelemiah the priest, Zadok the scribe, and Pedaiah, one of the Levites. And I appointed Hanan son of Zaccur and grandson of Mattaniah as their assistant. These men had an excellent reputation, and it was their job to make honest distributions to their fellow Levites.”

Acts records the exponential growth of the first-century church resulting in deacons being assigned to distribute food to the poor, a ministry that was put in place by the apostles. Luke gives the organizational structure of this outreach in Acts 6:2-5a: “So the Twelve called a meeting of all the believers. They said, ‘We apostles should spend our time teaching the word of God, not running a food program. And so, brothers, select seven men who are well respected and are full of the Spirit and wisdom. We will give them this responsibility. Then we apostles can spend our time in prayer and teaching the word.’ Everyone liked this idea . . .” (NLT).

The biblical pattern shows without question that the pastor should be involved in the oversight of the church’s finances, however, Scripture also prescribes the attitude and actions of the pastor to avoid disqualification of influence and trust. It is interesting that Paul mentions this matter of financial prudence in his letters to Timothy and Titus while giving the requirements of the “bishop.” In 1 Timothy 3:1-7 he says, “This is a true saying, If a man desire the office of a bishop, he desireth a good work. A bishop then must be blameless, the husband of one wife, vigilant, sober, of good behaviour, given to hospitality, apt to teach; Not given to wine, no striker, not greedy of filthy lucre; but patient, not a brawler, not covetous; One that ruleth well his own house, having his children in subjection with all gravity; (For if a man know not how to rule his own house, how shall he take care of the church of God?) Not a novice, lest being lifted up with pride he fall into the condemnation of the devil. Moreover he must have a good report of them which are without; lest he fall into reproach and the snare of the devil.” While not specifically mentioned, Paul’s list calls for the man of God to demonstrate financial responsibility and integrity in matters such as, taking care of personal bills in a timely manner, living within one’s means, wise planning for the future, maintaining a good name in the community, consistently tithing and giving offerings, and exercising wisdom in their expenditures.

In Titus 1:7-9 he says, “For a bishop must be blameless, as the steward of God; not selfwilled, not soon angry, not given to wine, no striker, not given to filthy lucre; But a lover of hospitality, a lover of good men, sober, just, holy, temperate; Holding fast the faithful word as he hath been taught, that he may be able by sound doctrine both to exhort and to convince the gainsayers.” Peter also speaks to this in 1 Peter 5:1-3 saying, “The elders which are among you I exhort, who am also an elder, and a witness of the sufferings of Christ, and also a partaker of the glory that shall be revealed: Feed the flock of God which is among you, taking the oversight thereof, not by constraint, but willingly; not for filthy lucre, but of a ready mind; Neither as being lords over God’s heritage, but being ensamples to the flock.”

The King James wording, “filthy lucre,” actually means “indecent, dishonorable, sordid gain.” It speaks of the person who is eager to gain even if such gain degrades his moral character. This refers to a lover of money, also called covetousness, identified by Paul as idolatry in Colossians 3:5: “So put to death the sinful, earthly things lurking within you. Have nothing to do with sexual immorality, impurity, lust, and evil desires. Don’t be greedy, for a greedy person is an idolater, worshiping the things of this world.” It is incumbent to remember, our attitude toward money is actually a revelation of our attitude toward God.

In the Sermon on the Mount, Jesus gave the following warning about “mammon.” The wording of Matthew 6:22-24 in the NIV says, “The eye is the lamp of the body. If your eyes are good, your whole body will be full of light. But if your eyes are bad, your whole body will be full of darkness. If then the light within you is darkness, how great is that darkness! No one can serve two masters. Either he will hate the one and love the other, or he will be devoted to the one and despise the other. You cannot serve both God and Money.” May each of us be able to say like Paul in Philippians 3:17, “Dear brothers and sisters, pattern your lives after mine, and learn from those who follow our example.” 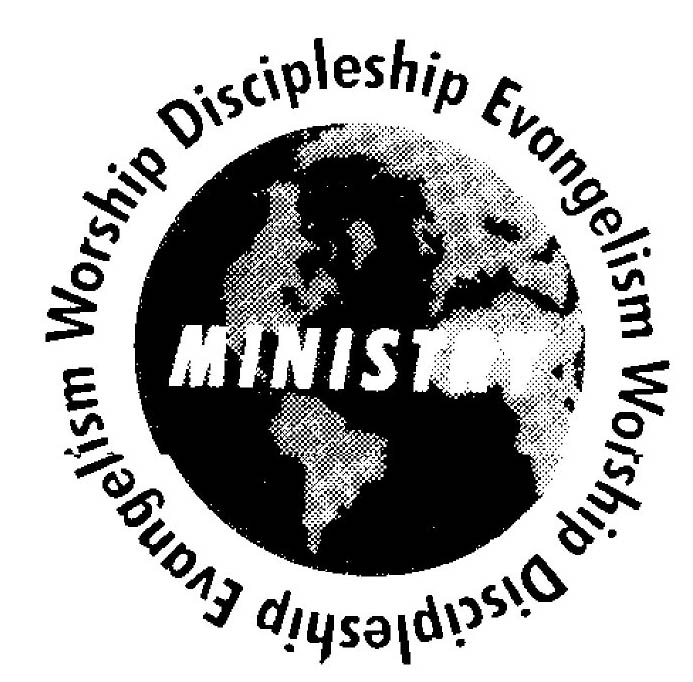